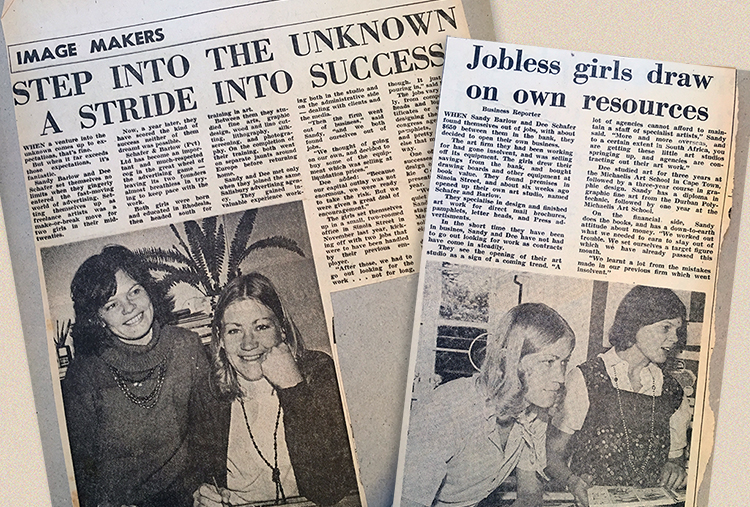 A stride into the unknown

I’ve been in business 40 years next year. Business today is like galatic outerspace compared to the redbrick suburbia in which my partner and I opened our doors in 1976.

Ahead of a wave, we saw the opening of our art studio as a sign of a coming trend.

As a graphic designers, we had a little talent, some expertise, and the training to do what others could not do unless they were similarly taught. Competition wasn’t fierce and we were soon overrun with work. We put up our prices and still there was more work than we could handle. We did no marketing.

Ten years later, despite newly immigrating and without any networks, I easily found work at $90 an hour — roughly $200 an hour today. Few queried the bills, and I did no marketing. 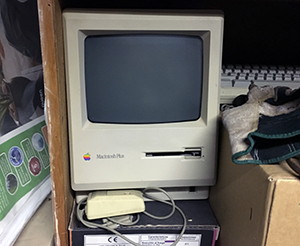 In 1987, we bought our first Mac, with 512k of storage space.  It cost $5000. We were ecstatic. I remember our friends marvelling as we demonstrated its remarkable functionality. Now its lack of capability is to be marvelled at, a relic consigned to the museum of our garage.

We still had too much work. We employed a designer, then another and by 2006 we were a team of 10. Our business grew by 23 percent a year on average. The difference? Business development had become 50 percent of of our lives.

During this and the next decade, we saw other shifts as computers became everyone’s business tool. Most noteable was how our work and our worth became less valued.

‘they believe they can do what we do, if only they had the time, talent and software expertise’

We developed an in house joke about our clients: ‘they believe they can do what we do, if only they had the time, talent and software expertise’. They queried our quotes and questioned our invoices.

We were bewildered. The new reality rocked our previously steady boat. We cast about for advice. Unlike today , we found none.

How do we become people of influence?

From instinct rather then knowledge, we began to think about how to reposition ourselves as people of influence. Caught between change and doing what we knew, progress was slow and often unfocused.

We would have been well primed a decade ago for the Key Person of Influence accelerator program, and the sage insights of Daniel Priestley, author and co-founder of DENT.

Recently, I attended a workshop he ran called The Waves of Change.

The decade 2006 to 2016 heralded unprecedented change which obliterated the existing business landscape. But according to Daniel we haven’t seen anything yet.

As he reflected on a strange, contemporary world, he also observed that people who would have been doing well a few years ago weren’t anymore. The business journey has become much tougher.

He warned us that we need to prepare for the next decade, because, ‘the world will go crazy and you’re either going to be surfing the wave of change or swept out to sea behind it’.

‘Forget about just rocking the boat, this is capsize and sink or go for the ride of your life!’

He explained that four colliding trends will cause this tsunami in our business world. Listening to him, I thought ‘forget about just rocking our boat, this is capsize and sink or go for the ride of your life’.

According to Daniel, this collision of events begins as the baby boomers start to retire.

This gigantic population, whose spending has dictated every industry trend for the last five decades, starts retreating into a life of reduced income every day from 2016, and for the next eight years.

Contrast that with the upcoming Millenial generation. They don’t value much of anything the Boomers value, particularly the properties they’ll have to liquidate to free up cash. Even if you’re not an economist, that suggests a Richter scale shake up of the status quo.

Add in technology changing the way we work, the way we live, and the disappearance of current employment structures, and how we’ll go about work will look very different tomorrow from today.

Finally there is government austerity, to which I’d add government fear.

Governments can’t afford what they could once. They’re also reluctant, lacking the will to make the right changes for the right reasons for the people.

Daniel revealed several ideas for propelling businesses ahead of the wave – among them becoming a business on purpose versus a business in a place. He also went on to explain why having a well enrolled team is critical to lifestyle business success.

Many speak of purpose but don’t really understand why it matters so much.

But, I believe, like Daniel, that if you want to power way out in front of this freaky wave, you’re going to need clarity of purpose. And clarity of principles, those unshakeable laws that govern why you do what you do for whom. Here’s why.

Because together they deliver intention.

Intention is only about action. It’s James Bond on a mission. It knows where it’s going and why, and that drives fast forward motion.

You can’t spin in circles, or back track, or suffer Multiple Possibility Disorder when you’re in forward motion.

Intention is only about the next logical steps toward your purpose.  No sideshows.

Working with principles gives you insights into the mistakes your best people will make before they’re fortunate enough to find you. Knowing this means you can filter straight to your key messages and the most compelling stories that support them.

Coherent and consistent through blogging (which is why you must blog!), speaking, whitepapers, books and social media, your positioning, and the communications that support that promise, further strengthen your business DNA.

All the while, you build an armoury of the best business building attributes — trust, rapport, credibility, profile, and influence to attract, convert, and sustain the people you most want to work with.

Just the craft you need to power forward motion ahead of Daniel’s predicted tsunami.

Looking back, perhaps those young women nearly 40 years ago, also understood what it meant to take the right risks ahead of the waves of change. 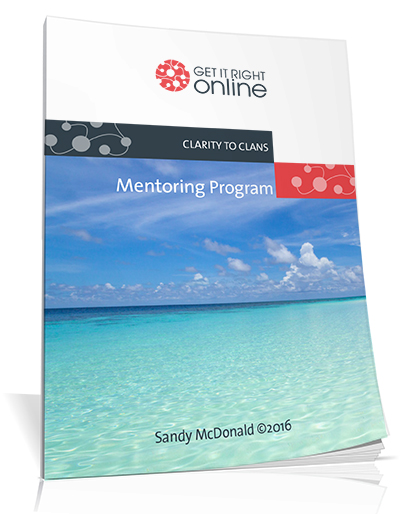 If you want to get clear on your purpose, principles and the intention that will set your next steps in forward motion, we can work together.

Download my individual mentor program to find out how that can work for you.

Or visit Get It Right Online and book in a 20 minute ‘Let’s Talk.