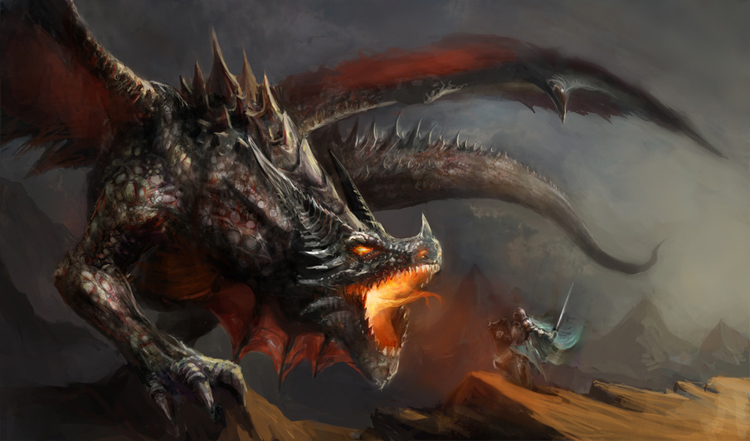 What is courage really?

Courage is a sword wielding hero slaying the dragon against insurmountable odds? Or is it? Some might say in its story telling interpretation, that borders on mania. Or stupidity.

Perhaps we fail to acknowledge the courage many manifest in small daily acts, especially in our online communications, because we have a distorted view of it through this lens of absurd bravery.

What is brave is to pursue your truth to lead and engage in an increasingly complex online world.

When there is little to guide us

Social norms once immutable have been bending for decades, and behaviours denounced in previous generations as unacceptable are now part of normal life.

Business practises and employment opportunities are not as they were were realised and managed even a year ago.

In both, we are writing new rules of engagement as we go, and as the lines between professional and personal lives become even further blurred.

The online world has presented us with the possibility to connect with multitudes in a microsecond, and the ability to voice opinion from the safety of our keyboards.

In this world, we are faced with daily dilemmas, because we don’t live by rigid social codes any longer to guide us toward the ‘right and only’ decision in life or in business.

We want things sorted, dealt with, understood, acted on, dismissed and responded to. Now.

The courage to stand still

It takes courage to stand still in the face of this. To take the time to make a considered response, with no agenda beyond the greater good.

Alan Alda, that remarkable man of so many talents beyond Hawkeye in the long running TV series, Mash, said in a recent interview, that there was a disconnect between a bomber pilot, the button they pushed and the children they killed as a result.

He said much the same about digital communications.  There is a disconnect between hitting the send or submit button and the effect the words might have on others.

It takes courage to think first, to be courteous, and kinder than you need to be.

What legacy can we pass on

So, how can we embed this courage and then teach it to our little ones in a world where change is their only certainty and social mores will morph with the tide?

Our grandchildren are unlikely to ‘enter’ the job market or think about having a career. They are more likely to invent their own work as a portfolio with volunteering and continuous learning as part of their norm.

So much more for them will depend on clear, courteous communication, especially online.

How can we lead by example, so they learn the necessary communications skills to act rather than react? To be always in their truth, no matter how distorted the lens others put on it. To lend their voices only to the greater good, to resist the trap that a lack of empathy for others pulls us into.

21 ideas for a courageous code of behaviour

We could start by defining a code of courageous behaviour for how we communicate online.

These are only ideas, not in any particular order, but I know that each one of them takes courage to act on.

I’ve failed in them all

With the benefit of hindsight, I wish I could have been more courageous than I was at the time.  But that is how we learn and perhaps how we can teach others.   I’d love to hear your thoughts.

1.  Filter what you have to say through your or your organisation’s purpose. That means you have to have a purpose you can articulate with belief in the first place.

2.  Be clear.  Both in intent and in integrity.

3.  Stand by your principles.  That means you have to know what they are.

4.  Be relentless in pursuit of the truth (Courtesy Geraldine Coy, Brave Truth), so you can be impartial and make fair decisions about what you communicate.

5.  Don’t say anything to anyone online (that means emails, Facebook, forums, comments) that you wouldn’t say if you were face to face.

6.  Consider what you say not just in your words, but in your tone. A sentence heard and a sentence read can mean two completely different things. If necessary, speak your thoughts.  People should hear the meaning implicit in your tone.

7.  Consider your agenda.  Are you communicating something that says one thing, but means another.  I’m told by my daughters that’s passive aggression.

8  What’s the outcome you hope for?  Define it.  Would it be better achieved by a call?

9.  Use the three drawer policy (courtesy Roger McDonald).  Write what you feel. Put it in the first drawer.  Filter it for offensive comment and passive aggression. Put it in the second drawer.  Then consider the outcome for the benefit of everyone and be kinder than you need to be.  Take it out of the third drawer and send it.  Often by then any heat will have dissipated.

10.  Suck it up.  (Courtesy of a very good friend).  Whatever has offended or upset you, take it on the chin.  Be nicer than you have to be.  Reacting will never win the day.

11.  Be still for a while.  Reacting in haste will never win the day either!

12. When you are in a bind, a situation from which you cannot see any clear resolution, talk to those you trust and who can be objective. Take their advice and act on it.  It is never so bad as you think it is.

13.  There are just some situations you cannot win within.  Retire.  If it is wasteful of everyone’s energy, then continuing to try is just that, a waste of energy.

14.  What’s the worth of a win anyway? Often the outcome isn’t worth the agony.  Especially if money is at stake.  I can cite a dozen or more cases where arguing the case for a financial outcome was either weeks or months of a waste of resources (and more money) for no outcome, or worse a phyric victory.  You got the money or part of it, or you made your point, but lost the client.  And your sanity into the bargain.

15.  Don’t be too hard on yourself.  When things get messy, you are rarely the only one responsible.  Self flagellation will likely compound the drama.

16.  Avoid drama. No one ever comes out well in a soap.  Long before things approach the histrionic, find a way to exit with dignity.

17. Apologise when you have done wrong, with sincerity. Apologise even if you don’t believe you’ve done wrong for what is happening, not necessarily what you’ve done, if it will ameliorate the situation for the greater good.

18. Don’t be afraid to lead with vision. It might mean you’ll have your head blown off sometimes, but without people who have ideas and act on them, much good would not be done in the world.

19.  Stand up for what you believe in, but never with anger or rudeness or discourtesy.  We’ve all read those self- aggrandising, entitled, finger wagging responses on social media that make you cringe for the writer.  They don’t serve anyone well.

20.  Consider empathy.  Put yourself in someone else’s shoes.  How does it feel to be them?  This is the most courageous act of all.  You will communicate differently if you do.  It might not mean you succeed in whatever your desired reality is, but it’ll give you the courage to accept it.

21.  Be grateful for what you have.  It is in upholding genuine gratitude for our live’s blessings that we can be a bigger person, able to be vulnerable, courageous and in control of our online communications.

I would love to know your personal stories of valour online.  Please join in the discussion.