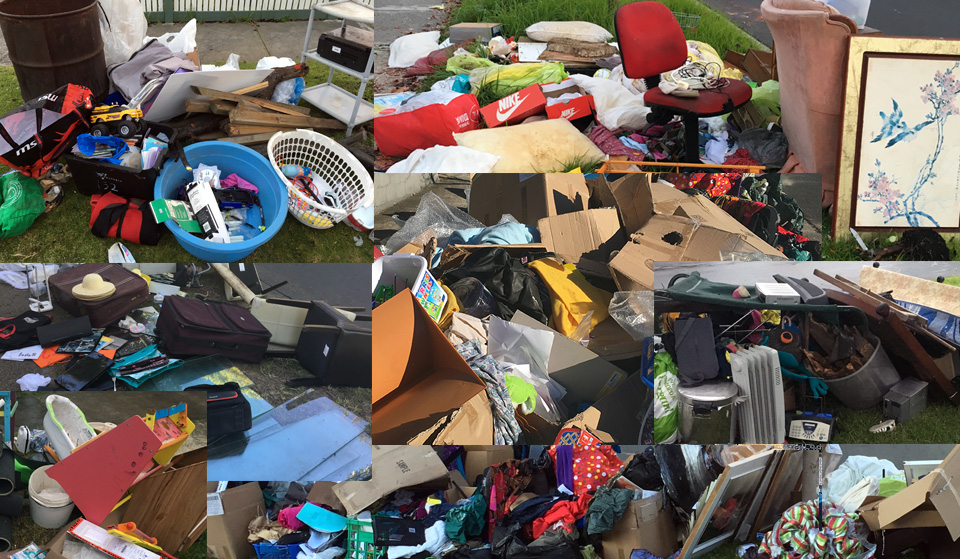 For years, hard rubbish was a joyous event. Time to get rid of stuff, spring clean and chuck out the stained rugs, lumpy mattresses, smashed plant pots, polystyrene packaging, broken electrics – fridges, TVs, washing machines, heaters, coolers – and whatever else may have reached its obsolescence date.

Walking the streets of our suburb recently as stuff piled higher in front of almost every home, in preparation for a hard rubbish collection, my mind, unbidden (damn it), took on a confronting challenge.

I tried to comfort myself with the idea that all this stuff had been made from other stuff on the planet, so what had been taken out would surely leave room for what was to be stuffed back in. I thought, too, about the manufacturers who would go out of business if we simply stopped buying this stuff.

The stuff of nightmares

Neither idea was comforting. Instead, my mind conjured up more as it noted the huge number of single dwellings demolished to be replaced by multiple units. How many old homes needed to be added every week to this stuff? How much more waste in the construction of the new homes?

Our neighbour, a kindly larrikin, is a collector of stuff. His front garden is a testimony to recycling. He makes pots out of tyres, and bits of furniture, and old car parts. Then he nurtures fragments of plants left to die in their old pots so they flourish and bloom, and spill out into the street from his minute front garden and driveway.

Most weekends, he fills his utility truck with stuff he finds everywhere and takes it to a market in a small country town. He always comes back with his ute empty.

We chatted across the road, as car after car cruised the streets and mostly men picked diligently among the rubbish, loading their vehicles with scrap metal, broken furniture, and rusty lawnmowers and bikes.

He said he’d much rather see these folk weed out what they could use than leave it to go into landfill.

I remembered the rag and bone folk, Steptoe and Son, an old British comedy from the 1960s, in which Albert Steptoe and his son, Harold, roam London with their horse and cart collecting unwanted goods to sell. What would they have made of today?

Recently, I was fortunate to both listen to and to meet Jane Goodall.

She is one of those rare people who in her time on earth has had an influence way out of proportion to her diminutive frame. Her work has changed the outcome for chimpanzee’s from extinction to survival. More, she has inspired tens of thousands of people to move from apathy to meaningful action.

Her point about limiting economic growth is that it can only be successful if we ensure people still enjoy shelter and food, and the ability to raise their families safely.

Jane has succeeded where governments have not. She has taken logic and made it work so that people who once destroyed the chimpanzee’s habitats now help it flourish, and in so doing flourish themselves.  Without the need for stuff.

Perhaps we cannot all be Jane Goodalls.  But each of us can act.  For one thing is for certain.  It does not take the unbidden mind of a grandmother to work out that what she has seen in one week, in one suburb, in one city, in one country, is not sustainable.

Should do, or must do?

This is not about what we should do. It is about what we must do.  We must relieve ourselves, and our planet of our addiction to stuff.

Here is how I’ll start, by:

It’s just a start.  What will you do?  Please comment and share, because I believe you care too that we do not steal this extraordinary home from our grandchildren.